Banks had a significant role to play during COVID-19. All the people had to transfer payments, withdraw cash, deposit cheques, and whatnot. And they had to work like they never actually did. Undoubtedly, the pandemic has dramatically affected the working of the banks.

It has accelerated the utilisation of digital banking services like the installation of cheque deposit kiosks, passbook printers, and other self-service devices. Like every other sector, banks also focused on continuing their business in tough times too. And they were faced with two significant problems- customer loyalty and satisfaction.

For that, they had to keep their infrastructure sound enough not to let their users down. Keeping their business going, satisfying customers, and helping those in need all in a way took a toll on the bank performances. So it was much required that small tasks could be automated.

With so many responsibilities and the worry of coping with the pandemic successfully, banks sought to resort to installing self-service terminals like the cheque deposit kiosks. They are the best alternatives to traditional banking that do not allow crowd forming and solve user problems in the blink of an eye.

Banks were at the centre stage in solving most people’s financial problems. And this could happen only when they accepted new methodologies and changed their way of working. Bank employees and staff worked to deal with issues that needed personal attention. Other works were automated using the self-service booths, including cash dispensers, passbook printing kiosks, and cheque deposit kiosks.

There were times when automation and AI were disregarded in the banking sector. Banks involved other’s money which could not be put at stake. But these tech-savvy advancements are the ones redefining the customer and bank relationship. Taking things a notch higher, the cash and cheque deposit kiosks have helped banks sustain the sense of trust in their account holders’ minds.

In such times, people were restricting themselves to go to places where there were many people. Schools, hospitals and banks had to shut their doors too. But after the automated machines have been introduced, resolving any type of customer query has become a matter of a few minutes. As soon as their transaction is complete, they move out and hence, no crowd.

For instance, with cheque deposit kiosks, users do not have to stand there, fill a form, stand in queues, and wait for their chance. They only have to deposit the cheque using a debit card, and that is it. The receipt is also generated in real-time.

Building trust among the users

Traditional banks had an advantage when it comes to trust formation. There were always two individuals involved- the banker and the customer. Because of that, customers were sure that they were moving in the right direction. But after the banking sector has shifted to the internet and digital mediums, customers are sceptical.

They are not entirely sure that the cheque deposit kiosk will take the cheque in without any trouble. And they might also have a doubt that the cash dispensed from the cash recycler is genuine or not. It is no one’s fault; there have been very few times when we had to use digital mediums.

But banks have effortlessly coped up with all the challenges, and they have come up as dedicated service providers. Not only this, but they have also ensured the utmost safety and security of the transactions undertaken through these devices. All in all, banks have proved to be the caretakers of a country’s economy after the pandemic.

After the pandemic, all industries built a new infrastructural model to stand firm in the long run. It is high time. You need to realise that changes are going to be an indefinite part of your lives. Just like we have opened doors to working from home, we will have to accept depositing cheques through a deposit kiosk. In the end, it will be advantageous for you only. And as bankers, it becomes your endearing duty to give the taste of technology to your employees as well as customers so that in future, they do not feel on the same page as they are now. 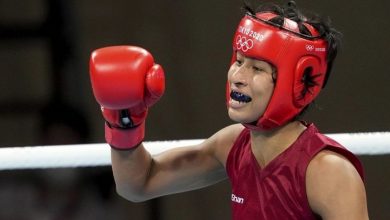 Tokyo Olympics: will allow kids to contact my bronze award to motivate them, says Lovlina Borgohain 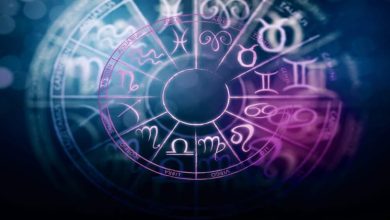 Everything about Types of Astrology