For 14 years now, the iPhone has been shinning in the smartphone market. A life-changing device that has brought the world closer together, Apple ensures that it continues to grow and develop.

Back in 2007, the first iPhone that came to life was the iPhone 2G. It was the first smartphone designed by Apple, and it was the start of the iPhone’s history. The first-generation iPhone was small with no third-party apps installed until iPhone 3G and 3GS came to life.

For the iPhone 3 and 3GS, the app store had over 500 apps available; some were free, others weren’t.

When first released, 1.7 million people ordered the iPhone 4. The iPhone was becoming popular worldwide, and people were purchasing it. It looked different than the iPhone 3; it came in different colors and ran on iOS 4. In addition, the iPhone 4 was the start of the ‘selfie camera’ and Facetime.

A year later, the iPhone 4S was released with a few changes in the system and witnessed a peak in sales. During the first weekend, 4 million iPhones were sold.

In 2012, Apple released a new iPhone into the market, iPhone 5. At the time, the iPhone became available in three different colors, black, white, or gold. Additionally, the iPhone had major changes compared to the previous model; it was lighter, had taller screen, and much more. In fact, the demand for the iPhone was higher than the supply, which was extraordinary for Apple.

In 2013, iPhone 5S and 5C were introduced, and while they looked similar to the iPhone 5, they were different. iPhone 5S introduced the touch ID, so you can easily open your phone. It was the start of the touch ID era that’s now replaced with the face ID.

On the other hand, the iPhone 5C was available in different colors and sold at a more affordable price compared to other iPhones. However, it didn’t include the touch ID feature like the iPhone 5S.

The iPhone 6 and 6 Plus are both parts of the eighth generation of iPhones. The iPhone screen was bigger, with better specifications and better battery life than the previous iPhones. After a year, the ninth generation came to life, the iPhone 6S and 6S plus.

While both the 6 and 6S look the same, they’re different. The iPhone 6S is heavier, a bit larger, and features advanced performance.

After the iPhone 6, the iPhone SE came to the world, bringing the iPhone 5 design back. You can add rose gold to the list of colors, but with a slower touch ID feature than the improved one in the iPhone 6. Nevertheless, it’s cheaper than other iPhones.

In 2016, iPhone 7 and 7 Plus were released in six different colors. You can choose between:

It was the start of the water-resistant phone, with a touch ID and a better camera than the other iPhones.

The iPhone X was released in 2017, and about 10 months later, the iPhone XR was available in the market. The iPhone X was the start of the face ID in Apple products. Apple created a super retina display, a camera system, and A11 bionic chip with a neural engine.

The iPhone XR had an A12-bionic processor, longer battery life, and a larger screen. And there were plenty of colors to choose from.

In 2019, the iPhone 11 was introduced to the market. You can choose between 11, 11 Pro, or 11 Pro Max. The iPhone 11 is splash, water, and dust resistant with an A13 bionic chip. The camera is excellent with plenty of features to capture your memories and the battery life just keeps getting better.

Purple, blue, green, red, black, or white, which color will you choose if you purchase the iPhone 12? The iPhone 12 is now considered outdated by tech enthusiasts, as the new iPhone 13 came out, but that doesn’t mean it doesn’t have excellent features. Just like other iPhones, it comes with the face ID, a fast, powerful chip, excellent battery life, and a flawless edge design in two sizes.

The iPhone 12 is made to resist anything, and your data is safe thanks to Apple’s top-notch security features that fiercely protect your privacy.

The latest iPhone added to Apple’s collection is the all-new iPhone 13. It comes with plenty of premium features. The most recent color added to the list is the Sierra blue. The iPhone has an A15 bionic chip, super-fast 5G, and a huge leap in its battery life. So, did you pre-order yours yet?

Nowadays, we find ourselves constantly carrying a smartphone in our hands. It’s hard to imagine how life used to be like before these devices came to life. There’s no doubt that Apple’s iPhones re-shaped the world of technology, and they continue to be the star of smart tech.

What You Should Know About HTTP Proxies 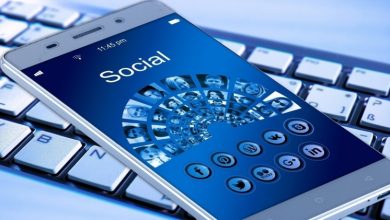 Pros And Cons Of Having A Mobile Plan 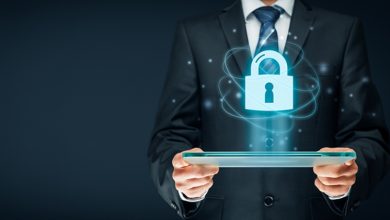